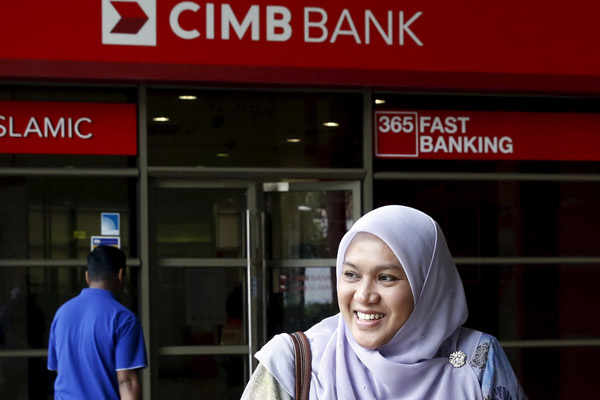 Ant Financial Services Group plans to roll out a mobile payment service in Malaysia based on Alipay as it bids to expand into the lucrative Southeast Asian market.

The affiliate of Alibaba Group Holding Ltd has announced it will form a joint venture with Touch'n Go Sdn Bhd, or TNG, which is part of Malaysian conglomerate CIMB Group Holdings Bhd.

Funding will be used to create an online and offline payment provider, which will "deliver mobile wallet solutions", and other related financial services, the companies said in a statement.

But detailed financial figures related to the deal were not released.

TNG runs a contactless card business of the same name in Malaysia, which is used by customers to pay for toll roads, public transport and parking.

By adopting Alipay app technology, its 10 million active card clients will be able access more service on their mobiles such as e-commerce.

"TNG is looking to expand its market through Alipay," said Quah, who expects the $1 billion mobile payment services market in Malaysia to grow at a compound rate of 28.7 percent by 2021.

Ant's move mirrors a series of other partnership deals forged with companies in India, Thailand and Indonesia, where similar digital payment services have been wheeled out.

Paytm, in which Ant holds a minority stake, reported it had 220 million users in India by February.

"We hope to launch a money-market fund and a credit-scoring system similar to the portfolio offered by Ant in China," Vijay Shekhar, chief executive officer of Paytm in India, said in April.

Beyond the domestic market, China's big two internet players, Tencent Holding Ltd and Alibaba, are extending their fight for online supremacy in digital payment services. Tencent's WeChat, which has nearly one billion active users and is closing the market share gap with Alipay, has applied for a license in Malaysia.

"This will allow us to offer local payment services via the app," Grace Yin, director of WeChat Pay's global operations, told a technology conference in Hong Kong earlier this month. Initially, this will tap into the growing market fueled by Chinese tourists in the region, Li Chao, a senior analyst at iResearch Consulting Group, confirmed.

"But following in the footsteps of Chinese tourists is only the start for Alipay and WeChat," Li said. "Tapping the local market will provide a more sustainable growth path."