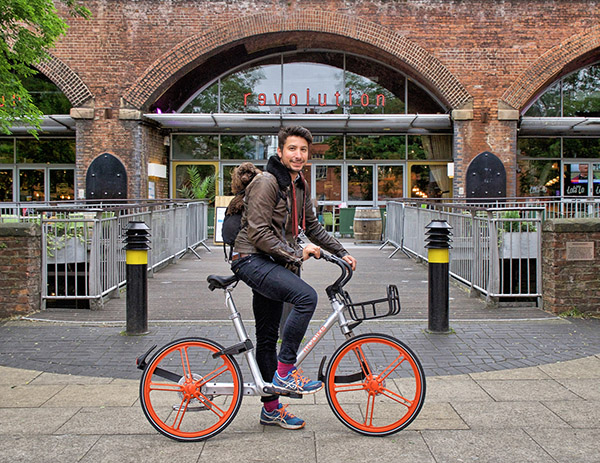 GENEVA - The first-ever middle-income country to join the world's top 25 innovative economies in 2016, China this year continues moving ahead on the list by three notches, displaying a strong performance in several indicators, according to the latest Global Innovation Index (GII) released on Thursday.

Ranking 22 on the GII this year, China again becomes the only exception in the top 25 of the innovation list, with the rest 24 all being high-income economies.

A closer look into the general index shows that China moves up one spot to the 16th position in innovation quality, retaining its position for the fifth consecutive year as the top middle-income economy and getting closer to high-income economies.

This movement can be attributed to a number of strong indicators, including domestic market scale, knowledge workers, patents by origin, high-tech exports, and industrial designs by origin, all of which top their sub-rankings.

European countries take eight places out of the top 10, with Switzerland remaining its No. 1 position in the GII for the seventh consecutive year. It's followed by Sweden and Netherlands, the latter having leaped from the ninth last year to the third in 2017. The United States remains at the fourth, followed by the UK and Denmark, the rest in top 10 being Singapore, Finland, Germany and Ireland.

The GII findings also reveal a large gap between high-income and middle-income economies, and without China, the difference in average scores between these two groups is expanding in many indicators.

Overall, the top 10 on the GII perform better than the 11-25 group in all seven pillars of indicators: institutions, creative outputs, knowledge and technology outputs, business sophistication, market sophistication, infrastructure, and human capital and research.

"Efforts to bridge the innovation divide have to start with helping emerging economies understand their innovation strengths and weaknesses and create appropriate policies and metrics," said Soumitra Dutta, Dean of SC Johnson College of Business at Cornell University, a joint releaser of the GII. "This has been the GII's purpose for more than ten years now."

Unusually, this year's GII, under a theme of "Innovation Feeding the World", gives a special attention to food and agriculture. It foresees innovation as the key to sustain food production, processing, distribution, consumption, and waste management in the next decades, when agriculture and food sector will face an enormous rise in global demand and increased competition for limited natural resources.

"We are already witnessing the rapid, worldwide emergence of 'digital agriculture,'" said Bruno Lanvin, INSEAD Executive Director for Global Indices. "Now there is an urgent need for 'smart agriculture' to optimize supply and distribution chains and foster creative new business models that minimize pressure on land, energy and other natural resources -- while addressing the needs of the world's poorest."

Jointly released by the World Intellectual Property Organization (WIPO), Cornell University, and INSEAD, the 2017 GII is in its 10th edition this year. The rankings are now a leading benchmarking tool for business executives, policy makers and others seeking insight into the state of innovation around the world.